The World’s Two Largest Palm Oil Producing Countries are Indonesia and Malaysia, which together account for nearly 90% of the World Production.

The entire Production of the Palm Oil derived from Indonesia’s Rainforest which ranks third in the world, the other two being in the Amazon and Congo basins. According to the Indonesian Palm Oil Association, one third of this production is attributed to smallholder farmers and the remaining to the multinationals.

Borneo and Sumatra are the two islands which account for 96 percent of Indonesia’s Palm Oil production.

According to the World Bank reports nearly 50% of CPO – Crude Palm Oil produced in the country is exported in an unprocessed form, while the remaining is subject to processing into Cooking Oil out of which about 50%  exported and the balance is consumed locally.

“It is Prediction that Palm Oil Production of Indonesia will Climb to 48 Million Metric Tons by 2025.”

By contrast, the total planted area in Malaysia, including Sabah but excluding Sarawak is just less than 4 million hectares.

“It is Prediction that Palm Oil Production of Malaysia will Climb to 25 Million Metric Tons by 2025.” 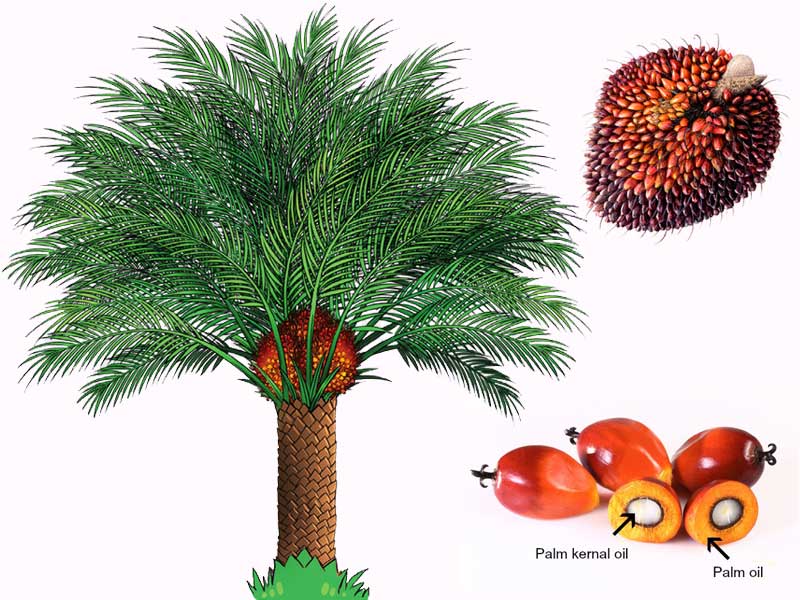 A unique feature of the Oil Palm is that it produces Two types of Oil – Palm Oil from the flesh of the fruit, and Palm Kernel Oil from the Seed or Kernel. For every 10 Tons of Palm Oil, about 1 Ton of Palm Kernel Oil also obtained. Several Processing Operations are used to Produce the finished RBD Palm Olein that meets the users’ requirements.

The First Step in Processing is at the Mill, where the CPO – Crude Palm Oil  Extracted from the Palm Fruit and PKO-Palm Kernel Oil from Seed or Kernel.

The Second Step is Refining of Palm Kernel Oil to Get a Wide Range of Palm Products of specified quality. The partly and wholly Processed Grades require little further treatment before use, offering end-user a saving in processing costs.

The Third Step is Fractionation of Palm Kernel Oil. In this method we use simple Crystallization and Separation Processes to obtain Solid (Stearin) and Liquid (Olein) fractions of various melting characteristics.

The Fourth Step is Deodorization. In this Process we Remove Odour and FFA through Deodorization. The Olein is Heated and the Vapour, which also known as (PFAD) Palm Fatty Acid Distillate, is removed from the Olein. This Olein  Known as RBD-Refined, Bleached and Deodorized Palm Olein.

Palm oil Consumption Increased 230% in almost 2 Decades, yet India Imports most of it.

Palm Oil the Planet’s Most Widely Consumed Vegetable Oil. Palm Oil found in everything from Food to Cosmetics.

FARMIMEX is a Subsidiary of H.Y. Hammad Yousuf Companies. We are a Leading Exporter and Supplier of RBD Palm Oil from Indonesia and Malaysia. We are mainly Trade in RBD Palm Olein Grades include CP6, CP8 and CP10. We are Supplying Palm Olein Oil in Jerry Can and Tin Can. We are Exporting Premium Quality Palm Vegetable Cooking Oil of Indonesia and Malaysia Origin at Lowest Price. We have Ready Stock of Palm Olein for Prompt Shipments in 20’ft and 40’ft FCL Containers.